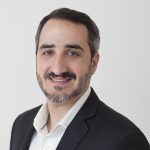 Google released a Chrome beta build 79 on October 31, 2019, the beta release introduced a new feature in how cookies are handled.  The change was initially intended to prevent malicious cookie tracking;  The new feature is also expected to be included in default Chrome behavior with Chrome build 80 slated to be released on February 4, 2020.  The feature change is expected to affect services and applications in a customer’s environment including but not limited to the following:

Microsoft strongly suggests customer’s use Google Chrome Beta Build 77 to thoroughly test web based applications and services especially if they rely on cross-domain cookie sharing.  Google has released new enterprise controls that can be set to mitigate disruption:

If you would like more information or assistance from our industry-leading team of experts, please contact us at service@helient.com.