Windows 7 Is Officially End of Life. Are You Vulnerable? 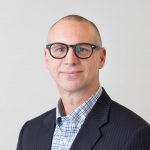 On January 14th, 2020, Microsoft’s Windows 7 operating system officially reached end of life. The EOL for Windows 7 does not mean that Windows 7 devices will stop working, but it does mean Microsoft has stopped releasing new bug-fixes, security patches or functionality for Windows 7, making all users and businesses still running the OS significantly more susceptible to malware attacks.

For those still running Windows 7, it is paramount to investigate Microsoft fee-based Extended Security Updates (ESU) in the interim and begin planning for Windows 10 as soon as possible. Windows 7 was most widely affected by the WannaCry virus in 2017. And Windows 7 is still vulnerable to the vulnerabilities like the BlueKeep bug and several other OS flaws. Microsoft ended mainstream support for Windows 7 in January 2015 but continued extended support until January 2020.

The migration to Windows 10 is not a simple upgrade. Windows 10 brings with it an entirely new paradigm for delivering a desktop Operating System by providing frequent feature updates at paces similar to mobile OS’s. To successfully plan, design, and roll out a Windows 10 desktop, the business must first digest and embrace this new cadence being set by Microsoft. A Windows 10 upgrade project is the starting point for an essential transition from the legacy model of Windows as a once-every-4-years project to the modern lifecycle of Windows as a Service (WaaS).

Desktop upgrade projects are among the most complicated, disruptive, time-consuming, and risky projects for a business to undertake. Extensive design and planning will be required to shape an appropriate desktop experience for delivery to the business. End users will be bombarded with user interface changes, new features, and perhaps a new device to learn. Many existing applications will need to be upgraded or replaced to maintain compatibility with Windows and qualify for support from third party vendors. New security features will impact performance and productivity. Add to these typical disruptors the fundamental shift required for IT to adopt the Windows 10 service delivery and Windows 10 presents an extreme challenge. Schedules have filled quickly for service providers assisting with Windows 10 upgrades and migrations. Desktop architects, applications engineers and trainers are becoming increasingly harder to find as many businesses continue to confront the reality of the new Windows 10 delivery model.

Helient is here to help. Helient Systems has been performing migrations from Windows 7 to Windows 10 for several years. We have a dedicated Desktop Team of proven Windows 10 architects and engineers and have helped dozens of enterprises adopt the Windows 10 servicing lifecycle. Helient has also continued helping clients upgrade from early releases of Windows 10 to the latest builds. We know what it takes to deliver a successful operating system and we offer a unique Graphical User Interface to guide the design and planning phase. Helient will help ease the decision-making process and can guarantee a predictable and positive experience for IT and for the business.

If you would like more information or assistance from our industry-leading team of experts, please contact us at service@helient.com.