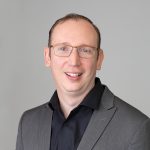 Updated September 20, 2020: Citrix released an update with a clarification! “Customers should note that Citrix ADC and Citrix Gateway 12.0, which has reached End of Maintenance, is impacted by these vulnerabilities. Citrix recommends that customers using this version upgrade to a later version that addresses these issues.”

The three vulnerabilities, affecting all three products are:

In order to address the vulnerabilities, customers are advised to upgrade to the following versions as soon as possible:

Citrix also advises that additional enhancements in these releases will protect against HTTP Request Smuggling attacks.

Full details of the vulnerabilities may be found at https://support.citrix.com/article/CTX281474.

Additional details for enabling the new HTTP Request Smuggling mitigations may be found in https://support.citrix.com/article/CTX282268.

If you would like more information or assistance from Helient’s industry-leading team of Citrix experts to plan and execute the upgrade, please contact us at service@helient.com.