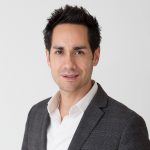 There have been a lot of innovations and changes since the release of Citrix Virtual Apps and Desktops 1912, and even more, since XenApp and XenDesktop 7.15, which is targeted to reach the end of life in August 15th of this year. There are many features and improvements to catch up on and take full advantage of with the latest release of 2203 LTSR.

The following are significant updates made and resources with more information.

For customers still running 7.15 LTSR in production, they will have options to:

What are the Long Term Service Release Benefits?

What does Citrix 2203 LTSR Support?

What are the main benefits of Citrix 2203 LTSR?

Citrix is constantly innovating and improving on the ICA graphics protocol, which has given us a leg up in delivering superior remote work experiences. Adaptive audio (with UDP support) dynamically adjusts audio quality, so you no longer have to choose Low, Medium, or High qualities for your call center workers. The HDX graphics stack has been overhauled, and 3D graphics have also been kicked into high gear to provide up to 120 FPS and improved scalability. Enhanced build to lossless tweaks how moving images are compressed during periods of high network activity to give a smoother UX.

The Linux VDA made strides to the bridge-the-feature gap in this LTSR and should make you seriously consider deploying Linux workloads.

The Microsoft Teams Optimization feature offloads some multimedia to the local workstation to provide a more native experience.

While Citrix Virtual Apps and Desktops 1912 LTSR had a lot of features in this department, Citrix has continued to add support.

Citrix added support for a multi-monitor screen picker, selective app sharing, give/request control, multi-windows for meetings vs. chat, and expanded support for Citrix Workspace app platforms. The result is a better user experience for Microsoft Teams through a virtual desktop.

Workspace Environment Management (WEM) is now integrated into the VDA installer to make it even easier to optimize and manage workloads. The VDA Restore feature reduces the impact of failed upgrades by automatically creating a restore point to revert to a known exemplary configuration. MTU discovery is a minor but significant enhancement that facilitates proper negotiation for EDT.

If you would like more information or assistance from our industry leading team of Citrix experts to plan and execute the upgrade, please contact us at service@helient.com.