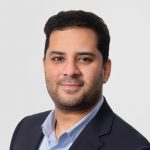 It is Cybersecurity Awareness Month!

In keeping with that theme, on October 13th Microsoft released Security patches to fix at least 87 security problems in Windows and programs that run on top of the operating system. 11 of those vulnerabilities are listed as Critical security updates addressing the Windows TCP/IP RCE/DoS Vulnerability.

Vulnerabilities of Interest – that can be exploited remotely!

The good news is that Microsoft states none of them have been seen publicly exploited.

Helient strongly recommends anyone running the specified Windows versions to update as soon as possible. If you or your firm require any technical assistance, contact Helient’s experts via service@helient.com.